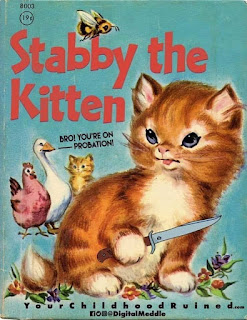 I really hope that everyone is enjoying their time in Eldritch Earth. We're getting to a point where we all have things we are building and maintaining in this world of lets-pretend alternate Pennsylvania. I suppose I wanted to get a little bead on where we want to go ultimately. We've got Dillsburg to the West that we need to deal with. There are the monsters of Deadman's Town across the river to the East. Toward the Northern mountains, Dave and I have some ancient Atlantean threats and to the South the Red Lion cannibals are nipping at the heels of anyone who passes to Kingston.

What is the endgame? Do we fight a war against the Danes to the far East? Do the monsters come for us and we have to fight for what's ours? Maybe the king calls on all the knights to take up arms for him? What do we want to do in the future? What sounds fun?

Email ThisBlogThis!Share to TwitterShare to FacebookShare to Pinterest
Labels: Discussion

There are some useful tools that I'd thought I'd post access to here for everyone.
1--Owlbear Rodeo:  the most excellent battle map system we've used for the last few weeks.
Owlbear Rodeo
2--Tactical Tokens: Custom Token Maker:  easy tool to make any picture into a token you can use on Owlbear Rodeo
Tactical Tokens
3--Dungeon Sprawl:  a browser-based dungeon map maker, quick and easy
Dungeon Sprawl
Additionally, I've created some documents to guide one through the process of creating a Random Dungeon for solo or impromptu play, or when you've got no ideas.
4--Random Dungeon Charts
Thranconia Random 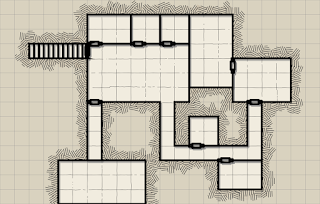 Small Example of a Dungeon Scrawl Map.
Posted by Dave Nelson at 7:30 AM No comments: 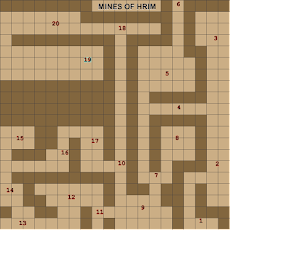 As of now, we have had 2 solo parties play adventures (my Up to Gnome Good,  Andrew's Goblin War), one two-player party (Gordon's Alive!  Andrew and I) and 1 multi-player party (Cat's Back:  Bob, Jason, Quinton and Andrew).    All within a week.
I couldn't be more pleased with that result.    We have a bunch of people all doing different things.   Players are driving the adventures.   Andrew picked the goblin war,  Bob the return to Quellintan,  Gnomes are just being gnomes.
Big thanks to Andrew for finding Owlbear Rodeo.   Having the dungeon map pre-set with counters and covered by fog was absolutely awesome for traditional exploration and with this software amazingly easy.   The token maker is totally great too.
I know that getting used to the turn sequence will take a little time.   It is very 70's miniature warfare based and so seems strange, but given a little time, I think it should be worth it.  I think we can use it effectively to give people serious tactical choices and make them have to make trade-offs, which is part of the point of games.
On the other hand, if people just hate it we can re-work it.    We could simplify to "I do all my stuff, you do all your stuff, bad guys do all their stuff" system if we want to.   We could then tart up the weapons a little to mimic the SR system effects.  I'm open.
If other people want to do some solo play and want me to help you put some things together, let me know.   I'll post the logs and everything.
FIGHT ON!
Posted by Dave Nelson at 9:55 AM No comments:

Mrow, the feline magician is coming out of retirement to see what has become of Quellintan, the House of Regulus the Binder, after two years and a pounding by Earthquake spells.

Sunday 2/21 at 5pm, meet on our discord. We will be getting right to the action, so either meet up with me on discord to create a character ahead of time, or look over the Thranconia wiki and tell me the class/race etc you want to play and I'll work up your character for you, or just take a pre-gen when we start.  No creating characters at game time.

Posted by Dave Nelson at 6:14 PM No comments:

The original Thranconia campaign was run in the first half of 2019 in 11 sessions.   It was memorable, if plagued with an excessively high body-count.    I’ve done a revision of some of the rules to reduce, hopefully, the body-count and am beginning a 2nd campaign right about now.

This will be a virtual campaign, meeting frequently but on an irregular basis, as individual players feel the urge and have the time.    Because of the virtual nature, I’m especially encouraging former players who are at a physical distance to rejoin us for this campaign. 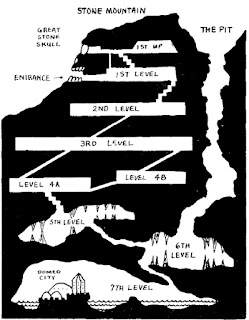 ·       True Sandbox:  we’ve tried Sandboxes before, but it always seems to default to, we show up to the table, whoever DM’s has something specific prepared, and we go with that.  There’s nothing wrong with that method, but used to do sandboxes decades ago and they have their own virtues, fun and charm and would like to see one happen again.

·       No fixed Game Day:   this will not be our regular every-other-Sunday game, but rather a side game.  When someone wants to do something, contact me, or eventually other willing Judges, and do it when it can be fit in.   I see a lot of Saturday evenings, and maybe alternate Sunday evenings being common, but nothing happens unless some reaches out to a Judge or pal.

·       Players Pick adventure:  on the wiki I have a series of Pathways to Adventure which players can pursue.  The status of each at any moment will be described as best as possible, it’s up to the players to pick one OR COME UP WITH SOMETHING THEY JUST WANT TO DO.

·       Multiple Parties: even before the games, beyond one solo one I’ve done, have begun, there are three parties at the ready, and I have at least 1 character in each.  Some parties might be solo parties, some might have characters only from 1-2 players.  Some might start at first level, some at higher level.  I envision various parties acting virtually simultaneously in different places doing different things.

·       Many DM-less games: some sessions will be traditional Judge and players games, some will be Judge-less using various random methods of resolving things, some will be solo games where the single player runs all the characters and the monsters.  As the over-Judge of the campaign, I want some sort of limited say over magic item, gold and XP distribution, so we keep everything in a certain moderate range of might and magic, but if you want to solo, go ahead and we can add your results to the logs and calendar.

·       No overarching story:  Thranconia is a place, not a tale.   Each player or group of players create their own story by their choices and actions.   There’s no meta-plot at all driving the action.

·       The game will be played using the Blueholme Journeymanne Rules as its base architecture.  This is available at Drive-Thru.   These are essentially a clone of Eric Holmes 1977 Basic D&D extended to level 20, with a bunch of spells taken from Original D&D and AD&1e.  T

·       I have added a series of house rules, especially for weapons, combat maneuvers and general combat procedures, because the Fighters in Journeymanne are under served.   Likewise I changed how Thief Skills work (ripping off a Gangbusters B/X idea), because otherwise, thieves just toad the wet sprocket.  Look at this page on the wiki:  House Rules 2nd campaign

How to Join In:

·       Most games will be done virtually (unless after Eldritch Earth suffers a TPK and Thranconia becomes the Sunday game in a post-vaccine world) using Discord for talking  and Owlbear Rodeo for battle maps.  Contact me for details.

·       Parties will appear on the Our Heroes page of the wiki and email announcements sent out when players are needed.  If you want to make a character for any party let me know and we’ll get it done.

The following parties have already been formed or are forming:

Up to Gnome Good:  if you are a Neutrally-Aligned Gnome Thief, Fighter/Thief, or Magic-User/Thief, join the expert treasure hunters on expeditions from the Town of Crossroads Tavern out into the ruins of the wilderness about.

Gordon’s Alive:   Squire Gordon of Boarswood is taking up adventuring with some of his friends and relations in order to rectify his crushing debt problem.

The Cat’s Back:  Mrow, a hero of the first campaign, is back in action after a 1-1/2 year research sabbatical.   Who will join this feline sorcerer?

Posted by Dave Nelson at 1:25 PM No comments: 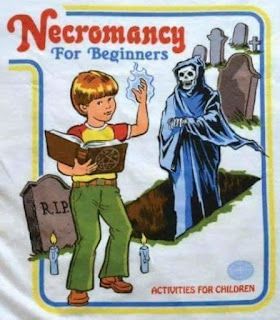 We all loved the last special game, we will do it again. From 5-7 on Saturday let's do a special roleplaying session to sort out things like "Why does everyone think that Frogtown is populated by blasphemers" and "Why can't Father Kildare get a congregation for services in Shepherd's Hollow" among other things. If we have time left over, let's clear out the wood around the Irish Treehouse or attack the troll that lives in Bonecrusher Pond.

We're going to have a special session of the campaign on Saturday, January 23 from 5-7 on the discord.   It's special not because of what's going to happen, just that it's not our usual day or time, just a 2 hour extra game because I feel like doing something.
We''ll be using the GM-o-Matic, (you know, roll 1d12 and 1=exact opposite) procedure.   It will be a town adventure in Jorvikburg, so you can do some recruiting and shopping if you want. 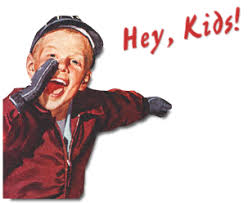